I saw another uap ufo and this time it seemed to move quicker that the p...

A sad day for me. A dear friend had sadly left us in December of 2021.

- April 01, 2022
I won't place a photo in this post. I found out earlier this evening, that a dear friend had died in December of 2021. His name was James Cook. I will write about James in a future post. I am upset now, understandably. James was like a cousin or even a brother to me. I'd known him for many years. I had been influenced by James in numerous ways. As mentioned, I will write more about James in a future post.
Post a Comment
Read more 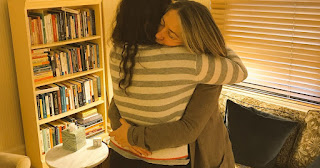 I am providing a new service offering via TRICS and through my other site. The services I am adding are, Cuddle and Hug therapy.  Here is a link to my TRICSOLUTION1.COM site. It provides more info on the above. https://www.tricsolution1.com/cuddle-and-hug-therapy-service-offerings
Post a Comment
Read more

A video where you see me zooming in on a UAP / UFO sighting in Luton, U...

Here's a Youtube video I had shot earlier this morning. I will write more about this topic in the near future. It is an important topic which deserves more attention as it has real world implications.
1 comment
Read more

I've been into Influencing since late 2002. 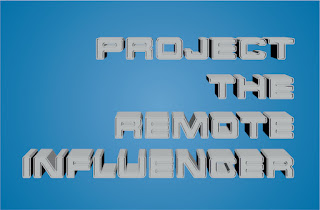 I sometimes giggle to myself when I hear the term 'Influencer'. I created my Remote Influencing (RI) system back in the USA in late 2002. I had bought the domain name, remoteinfluencer.com in 2003. I ran a .com web site with the aforementioned domain name for quite a few years. I had my book self published in 2008. The title of the book is, The Remote Influencer 2. I didn't write 2 books. It's a long story as to why I had chosen the title with 2 at the end of it. The important point I am making is that I have used influence and influencing way before the term became popular. This is why is is important to document your work and your ideas. Otherwise it's just hearsay.
Post a Comment
Read more 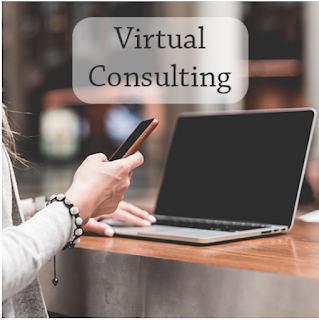 Virtual or e consulting methods have been implemented in my solutions from way back in 2002. I found some interesting perspectives on virtual consulting via my online research endeavors a few days ago. Here's what I had found. The future of consultancy is virtual. I had found the above via the website below. You will have to scroll down the page and then you will see the powerful sentence as in the above. I agree with Scopism 100%. https://www.scopism.com/virtual-consultants/
Post a Comment
Read more
More posts

Anand
I am somewhat of a seeker. I have been interested in self-help and spirituality for several years. I did some ESP tests with Dr Edwin May phd in 02. I did very well in my first two tests with Dr May. I came in the top 3 out of 190 people in my first test. The success with the tests, along with my spiritual experiences, gave me the inspiration to develop a form of Remote Influencing. Please see my web site for more info about me and about the work I do.